Alzheimer’s disease is a serious disease that is still a mystery to scientists and doctors.

Methods of guaranteed diagnosis and treatment of Alzheimer’s disease https://en.wikipedia.org/wiki/Alzheimer%27s_disease are unknown. That is why research is constantly being conducted in this direction. 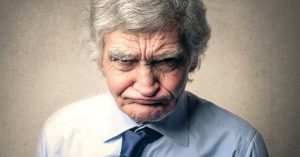 According to scientists, a standard blood test for the detection of biological markers in the future may be widely used in the diagnosis of the disease. Pathology can be determined three years before the first symptoms. Special signal molecules in the blood will tell scientists about the course of the disease.

To date, scientists have learned to determine the biological markers of heart attack, stroke, cancer and other diseases. Based on their knowledge, they suggested that with the development of Alzheimer’s disease, the concentration of a number of phospholipids in the blood increases. The number of ten compounds in the blood plasma increases even before the first symptoms of the disease appear.
Scientists have high hopes for a new diagnostic method. Perhaps in the near future it will find application in clinics in America and other countries.