Perhaps in the near future, instead of an unpleasant biopsy procedure, patients will have to take only a small test. Scientists from the American Scripps Research Institute in La Jolla have demonstrated new technologies that serve to detect cancer. 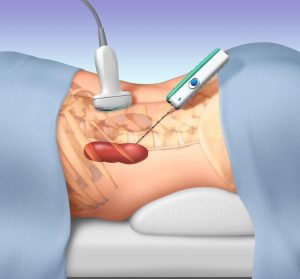 The new test is based on what separates potentially dangerous from ordinary red and white blood cells in a patient’s blood sample. This is done using a digital microscope and a special image processing algorithm. After the first procedure, images of potentially diseased cells are given to a histologist for further study and analysis.

“This is next-generation technology,” said development leader Prof. Peter Kuhn. “It greatly enhances our ability to track, predict and understand the progression of cancer, including cancer metastasis, which is the leading cause of death in cancer patients.”

Kuhn emphasizes that the basic settings can be easily changed with different cell labeling and imaging techniques. 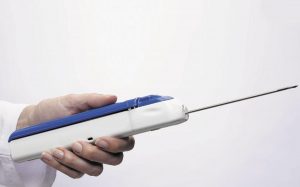 In the first phase of testing, 83 cancer patients were examined using the HD-CTC test in order to determine the sensitivity of the new test to various types of cancer https://en.wikipedia.org/wiki/Cancer. As it turned out, the test shows in 80 percent of cases patients with metastatic prostate cancer, 70 percent with metastatic breast cancer, 50 percent with metastatic pancreatic cancer. And there were no false positive results. and non-healthy subjects. The current gold standard CPC test, known as CellSearch, was notably less sensitive in detecting cancerous cells in these samples.

“This suggests that HD-CTC may be useful not only in studying the origin of cancer metastases, but also in their prediction,” says Peter Kuhn.

Kuhn and colleagues now intend to explore the use of HD-CTC as a potential screening test, as well as its application in clinical trials and cancer monitoring.

Previous: Fetal DNA can be found in the mother’s blood
Next: Vitamin B12 deficiency threatens Alzheimer’s disease